The location of the Hash  weekend is Stokes Barn, Much Wenlock TF13 6DB. Put the postcode in your SatNav, or click on it on the main website, will bring up the map.
Fridays evening Hash will be 50/50 roads and tracks whilst  Saturdays is 99.9 off road and are being laid by the Amateur
Sundays Hash is being laid by Hash Quack who is yet to finalise.

Both daytime hashes start at 10.30 and all  are welcome. Just come for a run and a drink if you are not able to attend the whole weekend.

Check out their websitehttp://www.stokesbarn.co.uk/
Posted by Lassie at 11:18 1 comment:

Sunday 7th November 2010. There were about 25 people including a few virgins on this fine family hash laid by Clodhopper. It was an absolute triumph, with a well laid hash, mud and water, electrifying horses, short cutting, a few lost and found, splash and dash, sparkling fireworks and very full tummies.
Posted by Cyclopath. at 21:56 No comments:

The extensive filming by Dennis the Menace is all here!

http://www.youtube.com/watch?v=oLzHaWuUpFk  Back at The Arches
Posted by Lassie at 14:18 No comments: 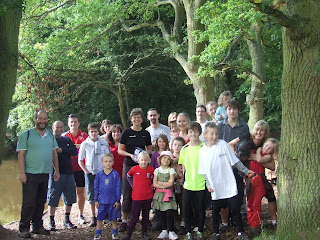 Laid by the lovely Kim and Cyclopath this 3 mile route was run and walked by a couple of dozen, including a few virgins, over Hartlebury Common. We hashed from The Bay Horse Inn in Stourport and enjoyed mashmallows and jelly babies en route. The highlight was Kim's cup cakes in the car park at the end. A little taste of heaven! Thank you to Mike for the hash flash.
Posted by Cyclopath. at 20:52 1 comment:

The Amateur is organising a Hash Weekend and places are limited. To be sure of a place please book early.


TO QUOTE: 'It is a brilliant running area with the Edge activity centre close by and plenty of pubs in the village.'


Check out their website  http://www.stokesbarn.co.uk/
Posted by Lassie at 22:06 No comments:

There is a Joint Hash with Cheltenham & Cotswold HHH& Malvern. 11.0 am start from the Cricketers in Leamington Spa.
All Welcome 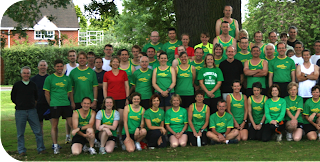 Come and join us on our 16 mile run around the Malvern area taking in 14 pubs and great views along the way!
Raising money for Acorns Children’s Hospice
Click here for full details
Posted by Lassie at 16:45 No comments:

Trigger (Alan Mags) died last Tuesday night after a long battle with cancer.
His funeral is being held at Far Forest church, on Thursday 10 June at 2pm.
Posted by Lassie at 18:47 1 comment: 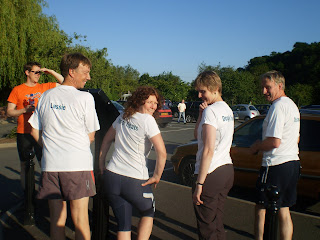 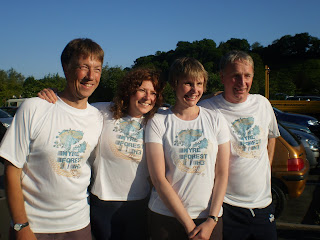 Well on another glorious summer evening there was a modest turnout for the Arches Hash in Bewdley. Well it was Whitsun half term and hashers were holidaying far and wide. The new hash shirts were shown off by the finest models and Troll was showing off his new shoes giving us a good showing with them in the Down Down. A very pleasant hash was had by all.
Posted by Lassie at 12:24 1 comment:

The Addis Ababa Hash House Harriers (A2H3) invites you to Ethiopia for the tenth edition of the Africa Hash 6 - 8 May 2011.
http://www.addishash.org/
Posted by Lassie at 08:58 No comments:

We love the Worcestershire countryside (part 2) 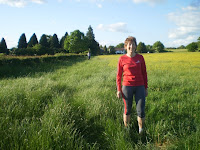 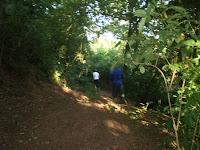 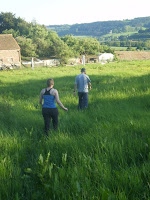 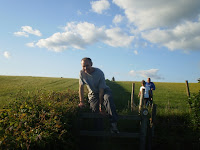 Ooops forgot these.
Check website for more photos
Posted by Lassie at 11:35 No comments:

We love the Worcestershire countryside

And what a great Hash on a glorious Thursday night in Menith Wood!

Yes, the weather and countryside was great and the hills never ending. But 4 miles, I don't think so, nearer 7 or 8 at a guess. And that final hill back to the Cross Keys was improved by a great pint in the pub afterwards.

Then down to HQ's for some wonderful food. I definitely ate too much. Many thanks Rachel for a great evening.
Posted by Lassie at 11:17 No comments:

Why not run the Malvern 10K this year over the rolling countryside of Castle Morton Common. It must be fun, even Lassie ran it last year!
Full details on Malvern Joggers website
Malvern 10K Wednesday 16 June 2010
Posted by Lassie at 11:23 No comments:

What do these Hash virgins get up to?

Pussyfoot's friend (Liz - not yet baptized in the name of our cause) was out having a night out with her and was reflecting on the 'terminology' used in our great 'sport and social club' when Becky caught the attached activity by a virgin to the cause!

Liz would be rightfully embarrassed and equally privileged to know that such a clip be 'global'!!!! 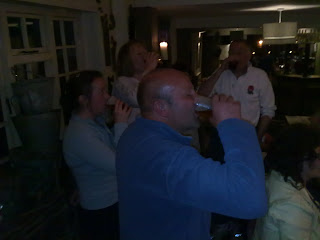 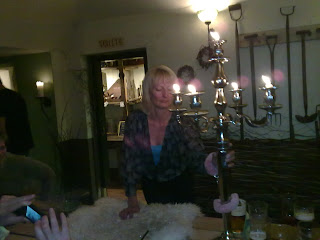 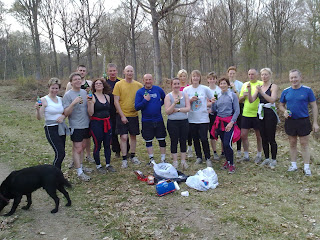 Labels: A feast in the forest 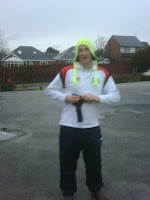 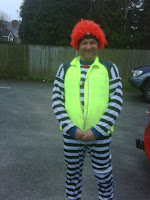 Only a few fools were out on this miserable damp evening. We went round and round in circles following flour that mysteriously seemed to change as we went around!
Posted by Lassie at 19:49 No comments: 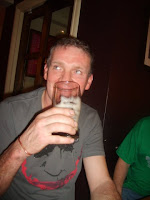 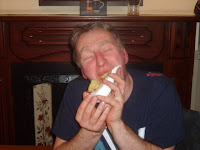 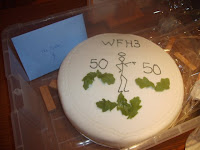 Well who said blogs have to be in date order!

Thanks to T*ts or Treats for letting me have The Saints birthday photos. The complete set are on the website now, but here are some.

Dont know how the run went but afters in the pub were excellent. Hashing is described as a drinking club with a running problem, but judging by these photos, eating comes close too!
Posted by Lassie at 15:59 No comments:

As a group, add a blog or photos, any one can add to the blog as follows:

Send your email to Lassie via the link on website who will then send you a special link to this blog. This will allow only genuine hashers to add to the blog. You will then be required by Blogger.com to create a googlemail account if you do not already have one and then away you go (or so it says in their halp pages).

Lassie
Posted by Lassie at 13:36 No comments: 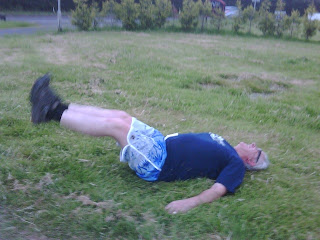 Well, What a gentle way back into hasing for our Hare, Lassie.

A little over 4 miles of easy flattish terrain for one who has not hashed since Xmas. A comment was made about the length of some of the false routes. Sheep, cows and bulls were mentioned at the brief but none were seen. Saint was seen to be using the GPS of his mobile to plot the route but it or he had a technical malfunction precluding the end of the hash!

The Reindeer was a strange pub. It had been closed each time the hare tried to reccky it but only made contact after laying the hash. We hashers seemed to be the only patrons and whilst the menu looked extensive, we were quickly informed of its actual limitations. The Barmade was friendly and efficient throughout!
Posted by Lassie at 14:54 No comments: