The Reindeer at Ombersley 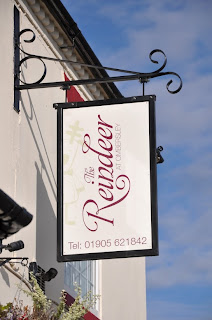 Pub: The Reindeer at Ombersley
Food: Baked potato with cheese and beans, Baked potato with some sort of curry beginning with an M (Mayan or Moroccan or something) Fish and Chips
Beer: Yes, they served some
Virgins: None
Visitors: None

Lassie laid a fantastic trail which snaked and double-backed all through Ombersley and beyond. It was carefully laid in sawdust. The only other thing I can remember is that there were lots of stiles and some of them were very high. I should imagine that several undercarriages were harmed in the making of this hash.

The RA was particularly pleased to see the re-introduction of that vital piece of hashing equipment: the jellied sweet. Fruit juice and beer were also provided. Top marks to this skilled hash layer for getting it so right, especially following some rather dismissal refreshments over the last few weeks – foxes? Really?  It was also the first mud-free hash in months, many of us, me included will be pleased to be avoiding the whole; wash it out in the bath, followed by the wet dribble to the washing machine.

Down-Downs:
To the hare for his excellent hash - did I mention there were sweets?

Tits was wobbling like a weeble and this resulted in her being given not only a down-down but also a lollipop. This came from Lassie’s sweet stash. Is there no end to this man’s confectionary? He had more sweets than the child-catcher in Chitty-Chitty-Bang-Bang.  She didn’t even have to sit on his knee to get that lollipop. Later on she was offering anyone a suck.

Next up, downs downs for the hash’s very own Kray twins: Russell Sprout and Torchy. They were involved in pushing, shoving and deliberate slow running so that one terrified hasher was unable to pass them. Back at the pub the poor individual was subjected to more torment and scared witless by the use of ‘the death stare’.


Many congratulations to those who have attended swimming religiously every week and put up with Bubbles. Don’t worry the weeks of chastisement are almost over. What doesn’t kill you really does make you stronger! End of year reports are out and Who’s the Daddy was pleased to be praised for the flexing that had been noticed in his trunks. There was me thinking that only Bibbles (sorry, a typo, but I’m leaving it in) had been flexing! 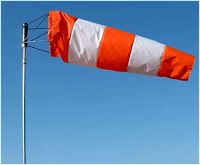 Finally, four short and sweet mini down-downs for the many faces of Bristols tonight. She seemed to be having something of an identity crisis. She tried to explain herself, apparently it was all down to her being in the buff. Firstly, she was mistaken for a windsock then Santa’s helper, next as Mother Hubbard and then as a potato eating peasant from the turn of the century, not that century the one before. I always get confused with centuries. I can’t be bothered to look it up, but I think we are in the 21st century. Please let me know if I’m wrong.

Next Hash Running Horse, Bewdley
Posted by Lassie at 21:04 No comments: 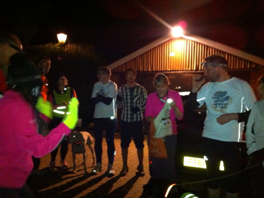 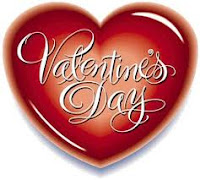 Trail: Doggy Fashion explained tonight’s game rules and we were on on with our first dates in couples, and some threesomes, for tonight’s lovers’ hash.  Wet and muddy to the first HH (no surprises there); we were all left disappointed by the supposed sweet-stealing, only to be distracted by The Pro, Cyclopath and Doggy Fashion’s molesting.  Some partner-swapping and we were off again towards the next HH with our second dates, with a hairy moment for Shag as Demon Dog had a close encounter with a car and Father Christmas almost fell for Russell Sprout along the way and needed Wet Wipe and Wrong to guide her back to safety.
Another partner swap at the next HH (still no sweets) and off we went along the lanes with our final dates, where Hotlips fell for the antics of Crossdresser and Dr Whiplash despite being attached to Tits or Treats.  With all the injuries, the dating was soon forgotten and we headed back to the on inn where the meet and greet by the youngsters was second to none. 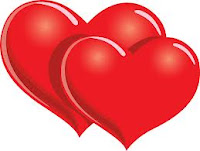 Down downs: awarded by Doggy Fashion to Crossdresser and Game Bird for their sweetless hash (with added Valentines pants); Shag for talking to himself after nearly losing Demon Dog (he did look a bit peaky at one point); Virgin, Doug who’s travelled all the way from Kinver, Superman style, to be named –ahem - Bubbles; then the numerous fallers this evening: The Pro who fell twice, Father Christmas who fell well and truly; and Hotlips who fell head over heels;
Crossdresser and Dr Whiplash for their wreckless behaviour; Tommy and Ellie for being splendid and finally to  Crossdresser’s mum and dad for their wonderful hospitality – many thanks!

Next week: The Reindeer, Ombersley
Posted by Lassie at 11:09 No comments: 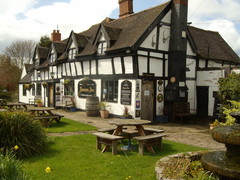 I'd love to describe what happened as people arrived from miles around, gathering at The Fountain, Tenbury for a Shag Special. But as young WetWipe had arrived late in Kidderminster, no amount of speeding and dodgy overtaking could get me there on time. However, my lateness was rewarded with the glorious sight of literally hundreds just over 20 hardy hashers.

Shag launched into an interesting narrative that was more like a therapy session. He described his awkward, gangly self as a teenager, his admission of frauduantly making the Cross Country Team, and his long standing battle with drug and alcohol addiction. Only one of those facts is made up.

We set off down the lanes, the pace high and a frisson of latent tension. Copulation complained that he didn't need his off road shoes, unaware of the pleasures to come. We arrived at the first Hash Halt without incident, and then everything changed. Mud up to our thighs, following spots of flour and mangled bits of inner tube. Those who didn't have Copulation-type grip soon became unstuck, mimicking new born foals.

Having consulting EU Directive 1564 on safe river crossing, the hash got it's feet very wet. Except for those delicate ladies and Early Riser who were heroically piggy-backed across by CrossDresser. Be still, your beating hearts!

A tour of sheltered accommodation was simply the appetiser for the main course that was Muddy Lane. The Pro remarked that in her day, there was a lot more undergrowth. She spent some of the best times of her formative years in the undergrowth down that lane. We squelched through, jumping puddles and avoiding the ripped up love notes of Shag's angst-ridden childhood. Then we got back to the pub. Simples.

Down downs: Shag for a excellent hash, Torchy for kicking the dog, Crossdresser for being brilliant and sticking up for gay people, Wet Wipe for lateness, Early Riser for bothering to turn up & Russell Sprout because we haven't seen him in a while.
Fighting: None

A humdinger of a hash, it has to be said. Cross-Dresser and Hotlips linked ideas and innovation to direct us from the Mitre Oak into the blackness of a typical wintry night, except that they cleverly defied six months of monsoon conditions to keep squelchy mud and puddles to a bare minimum.
Not all made it to the start. A handful of myopic hashers (including Cyclopath on the wrong path) misread the Mitre Oak on the A449 for the Land Oak in Kidderminster on the A456.  All credit to those bashful bunglers who eventually made it to the right venue, under the watchful eye of a waiting Cross-dresser to point them in the right direction.

The terrain was a typically challenging assortment of country lanes, fields,  paths and in the final third, a superbly-chosen uphill ravine which needed nimble footwork and fierce concentration.  Along the way, a flooded River Severn loomed ominously on our right and earlier, the view across the valley to a brightly illuminated Stourport-on-Severn was one of the highlights of a lovely evening.

To cap a cracking hash, the general consensus was that Cross-Dresser and Hotlips devised the best On-In ever.  If only the incomparable Saint had been there to enjoy it. Still, we celebrated the birthday of this very special friend and we also marked the promotion of Copulation from good-cop-bad-cop constable to the exalted and much-deserved rank of Inspector.  Perhaps a hash name-change might be in order sometime. If there had been a last-minute hunt for the missing hashers at the Land Oak, Inspector Morse would have been our man.

Down-Downs: Too numerous to mention. They know who they are. Of course, tribute to Cross-Dresser and Hotlips for an inspired hash and suffice to say that the wayward Land Oakers had no escape.  And yet there has to be special mention for a newly-named “Gatecrasher”, for unwittingly trashing the countryside. Again, he knows who he is!

Get Down Shep
guest blogger
Posted by Lassie at 10:00 No comments: