Trail: Well, it started off fairly OK… although 4 were lost early on, whilst the rest enjoyed sweets at the first HH.  It didn’t really matter though because we looped back around to have the 2nd HH at the same tree; a heart marking the spot – the best bit of flour all night!  The next part of the trail saw a few more get lost… well, half of the group really, resulting in the hare with slightly more of a clue short-cutting - ahem - setting back to find the lost ones.  This left the hare with no clue whatsoever to help find the trail, a difficult task, to say the least, as the happy shopper had forgotten to put any flour down (but probably has some nice buns in the oven back home).  And so, the blind leading the blind, we found ourselves knee-deep in mud, almost losing poor little Maisie and Hard On losing his shoe (along with his mind).  We battled on, braving a road with HGVs, negotiating a stile at an angle a stile should never be, getting attacked by nettles & brambles and a lengthy discussion as to which way we should all be heading (thankfully we didn’t take Shag’s directions!)  A few of the FRBs set off with some sort of internal sat nav, leaving the rest of us stranded in a boggy cornfield with no way out.  And so, after almost losing the will to live, we walked the rest of the way, finding the On inn half an hour later than everyone else L                                  (luckily still in time for tea J)

Down downs: Awarded by Doggy Fashion to Crossdresser and Hard On for the worst hash ever; Lassie for his log roll; Squealer for her visit (not sure if she’ll return again after tonight’s shenanigans tho…?); Tough love, renamed as Torchy the Battery boy , his ever ready floodlight causing migrainous symptoms; and finally, Richard was christened Legover
Hot Lips x

Next week: The Dog, Harvington

PS!!! Some of the Scarecrows we didnt see last week! 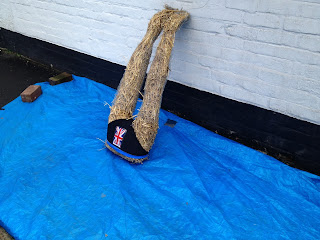 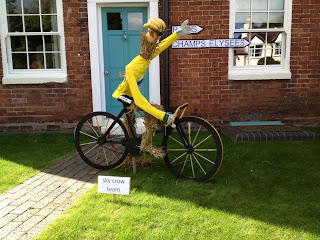 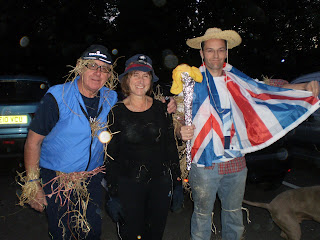 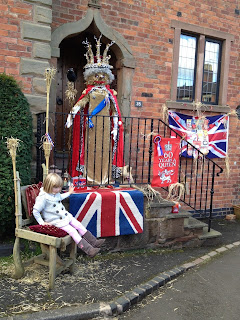