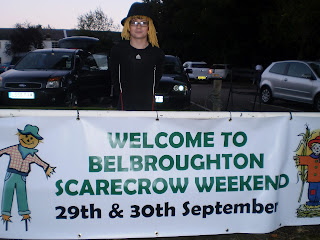 Trail: Another good turnout for the scarecrow hash this evening; the fancy dress efforts greatly helped by Tits or Treats’ bag of straw.  A gentle run around the village and surrounding countryside, with a beautiful sunset and almost full moon to light the way… oh wait, no, that’s Torchy the Battery Boy’s latest floodlight; used as a strobe to sabotage some of the hashers’ performance and only turned off with the threat of a shotgun! 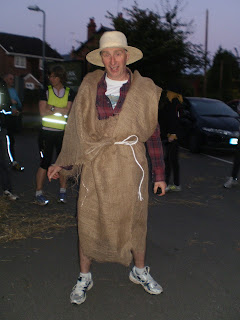 Down downs: Awarded by Aunt Sally to Saint for his poor scarecrow attempt leaving him looking more like a Mexican, a farting Mexican at that! Hard On for looking like the lovechild of Fireman Sam & an Oompa-Loompa but also being so deluded that he proceeded to tell his dining buddies that he was actually very much like Robbie Williams!!  Unlaced for being the best-dressed scarecrow and finally to Tits or Treats for ripping a gate off it’s hinges – the final straw! 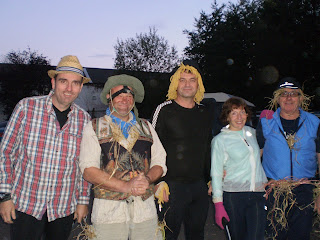 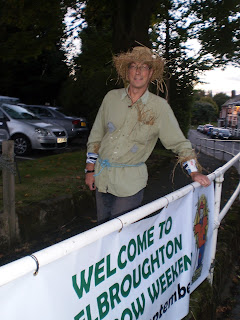 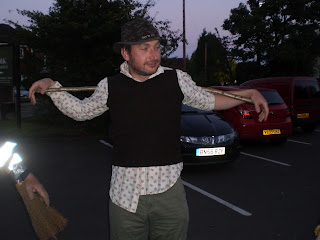 Special mention to Hash Quack and Shag for their marathons last weekend (particularly as Shag managed to have a full English halfway round!)

Next week: The Bell, Pensax